The other day I saw something on Pinterest that I thought was as cool as sliced bread – Cinnamon Roll Waffles. Doesn’t that look just scrumptious. 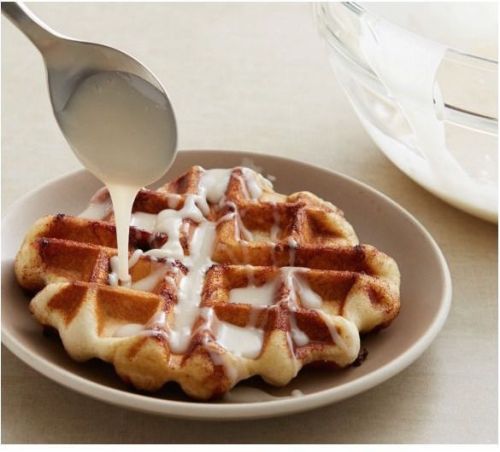 The recipe on Pillsbury’s website was easy as 1-2-3. (Click here for recipe.) Here is my attempt at this simple and tasty breakfast treat. 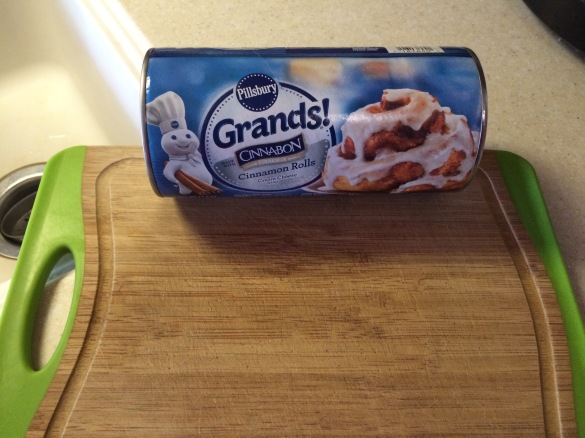 Start with one can of Pillsbury Grands! Cinnabon Cinnamnon Rolls with Cream Cheese Icing. 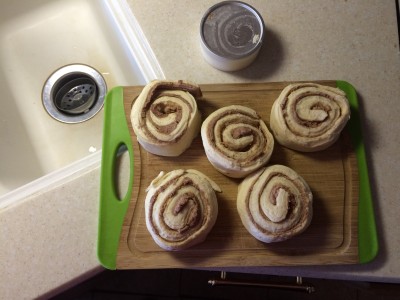 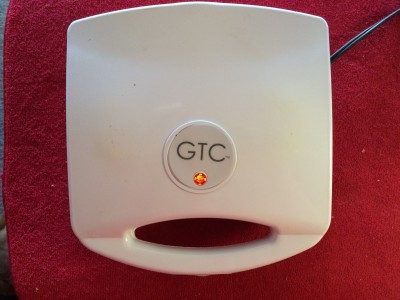 Open can and preheat waffle iron. 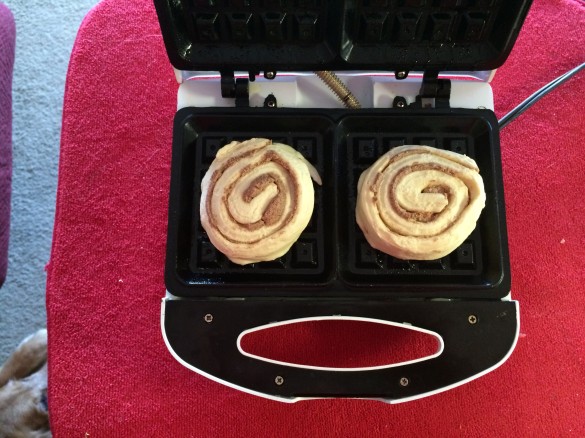 Place cinnamon roll in center of waffle square. Cook for 3-5 minutes, until golden brown. Now that is a bit challenging becasue how can you tell if they are golden brown without opening the waffle iron. If you open the waffle iron too soon, you have a gooey mess. I opened the waffle iron when the indicator changed from red to green.

Make the glaze by putting the cream cheese icing in a bowl. Add 1 cup powdered sugar, 3 Tablespoons milk and 1 teaspoon vanilla. Whisk until smooth and pourable. (Note – that is adding a lot of sweet to an already sweet glaze. I added just enough milk to thin the original icing.)

Here is my result. We decided this was just OK, but not a ‘have again’. 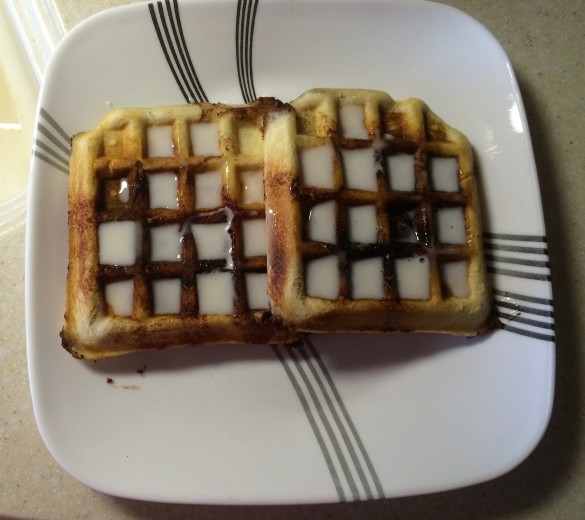 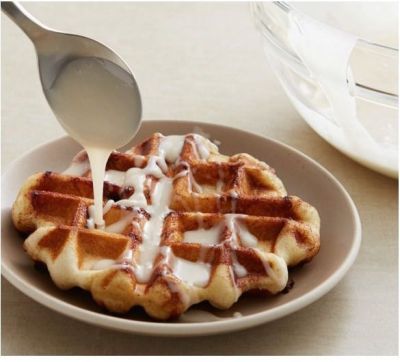 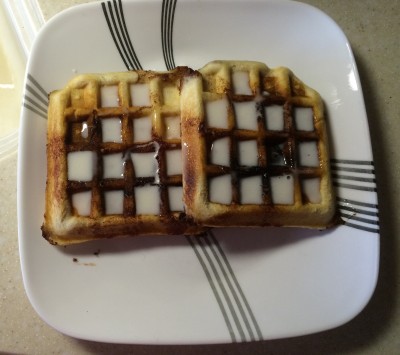 I would choose the one on the left. But I also agree with my wife; cinnamon rolls should be round and have a soft center. If you want waffles, just make regular waffles.